CS as a Graduation Requirement: Catalyst for Systemic Change

The University of Illinois at Chicago

Since President Obama’s announcement of the Computer Science for All Initiative in 2016, there has been a surge in the number of districts that are planning for or newly implementing computer science (CS) offerings at their schools. Chicago Public Schools (CPS) is the first large school district to have adopted Computer Science as a high school graduation requirement, taking this significant step along the path towards systemic change. The foundation was laid eight years ago when an informal alliance was formed between a CPS high school CS teacher, a CPS administrator, and three university computer scientists. 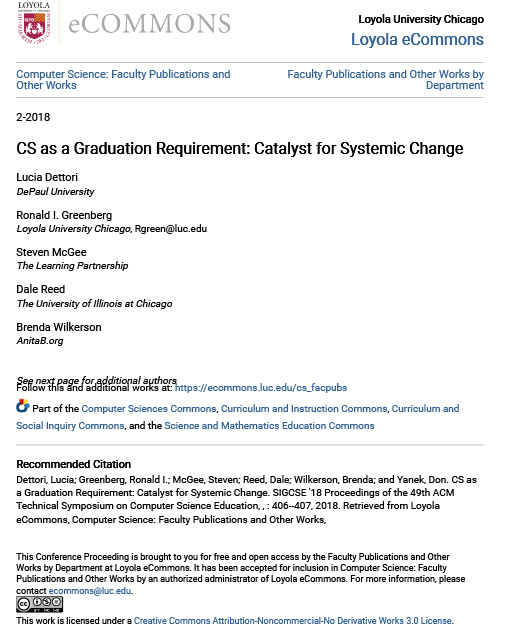 CS as a Graduation Requirement: Catalyst for Systemic Change